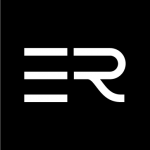 Everything you need to know about local travel and further beyond.

Getting to New York City from Hoboken is very easy and it is nice that there are so many options. One complaint about moving further away from NYC to other towns in NJ, NY or CT is that there are few alternatives to commuting into Manhattan or the surrounding boroughs. Nevertheless, Hoboken offers frequent bus, rail and ferry service with travel times as quick as five minutes to Manhattan! Here are the best ways to get to NYC from Hoboken:

The PATH is located on the southeast corner of Hoboken at 1 Hudson Place. From Hoboken the PATH goes to:

The PATH runs regularly and all night but the train runs less often at night and the routes change on weekends and holidays.

Visit here for a schedule and map.

The bus (#126) runs north on Washington and Clinton Streets making stops every other block to NYC’s Port Authority Terminal located on West 41st St and 8th Avenue. The bus also takes passengers to the PATH on Washington Street and Willow Avenue and down the same streets out of NYC from Port Authority. Be sure to have a ticket, monthly pass or exact fare ready before getting on.

Visit here for a schedule and more route information.

While the ferry is the most expensive way to get to NYC, it is a beautiful ride and the fastest way. Take advantage of the free cross-town buses they provide from the midtown location.

Visit here for a schedule and a map of the buses they provide at the Midtown terminal.

Car service or taxis are available as well and they run about $40-$50. You can call for a door to door ride.

TRANSPORATION WITHIN HUDSON COUNTY & BEYOND

The PATH can also take you to Jersey City, Newark Penn Station and Harrison.

The train station is located in the Hoboken Terminal, 1 Hudson Place, in the southeast corner of Hoboken (same terminal as the PATH, Ferry and Light Rail). Commuter rail lines that service Hoboken Terminal:

The light rail connects areas in Hoboken that are further north or west to the Hoboken Terminal (allowing access to the PATH, Ferry, & NJ Transit trains). It is also a good way to get to neighboring towns. There are three light rail stations in Hoboken:

Taxis are available for a flat fare within city limits and negotiated fare for other destinations. In Hoboken, you do not hail a taxi in the street, but you can call one or there are always taxis waiting outside of Hoboken Terminal (1 Hudson Place).

The City teamed w/ Hertz to free up more street parking space and to allow occasional drivers a good alternative option to owning a car. It is great for people that do not need a car every day and allows them to not have to worry about where to park. You can simply rent cars by the hour or by the day. The concept is Hertz on Demand (formerly known as Connect by Hertz). You can find these cars throughout Hoboken at the following locations:

As an alternative Zipcar is located downtown at the Center Parking Garage on Park Avenue between Newark Street and Observer Highway.

What to know more about living in Hoboken?

Sign up to get the inside track on Hoboken real estate from the Rakela Team.

When works for you?

Find out more about each of these popular Hoboken buildings. View building information, amenities and homes currently available.